I resurrected my old blog, not knowing exactly what I would add or when I would add something after all this time. (The last entry was January, 2011.)  It seems the day I attach it to my new website, I have something interesting to report.  I first came up with the name ‘Fringe Walker’ in a rant blog that I occasionally contribute to.  I found Fringe Walker to be pretty cool, so my first thought was, what a cool band name.  Fringe Walkers.  Well, that didn’t really pan out, but during the time I was set on using the name, I went looking online for some cool Fringe Worthy photos and ran across a photo of a statue with part of the face missing.  I assumed that it was some ancient Renaissance piece that someone Photoshopped.  I still believed that until today, when I was doing research to find out exactly who the statue was and where it came from. 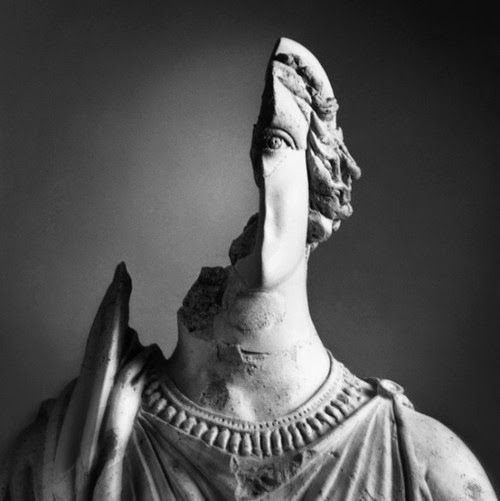 I had always believed the statue to be a man.  It looked like a man and it had seemingly short hair and wearing some sort of tunic.  I was endlessly scrolling through photos of Renaissance Statues until I typed in, out of frustration, half-face statue.  What I discovered was shocking… and cool as hell.  The photo that I used for the Fringe Walkers page was originally taken by an Italian photographer named Mimmo Jodice; one of the masters of Italian contemporary photography.

“The name of the piece is Alba Fucens Angizia, 2008 and it was originally presented in a show called Figure del mare (Figures from the Sea.)  This show was composed of more than forty works and organized in collaboration with the Municipality of Cinisello Balsamo.  It gathered the latest and deepest reflections of the artist and entwined two key themes: the idea of the sea as a vacuum, a no-scape place.  The silence and lingering time is conceived as a reaction to the chaos of contemporary life and the persistence of the past into the present.  The representation of fragments of sculptured bodies and faces as left overs from the classical age in the Mediterranean civilization, which the sea itself has been in charge of preserving, reshaping, and finally returning to us.”

As I continued to look for information about this mysterious flawed statue that had returned to civilization after her long rest in the sea, I was delighted to discover that she is the Goddess Angizia. Angizia was a snake deity, famous for Her knowledge of healing herbs.  She was famed for Her ability to heal those who had been poisoned, especially those bitten by snakes, and She was said to have the power to kill serpents through spoken charms.  Unless I am mistaken, (from all the Italian translations with Google) the statue was discovered in Alba Fucens, in the region of Abruzzo, Italy, which was roughly the homeland of the Marsi, a pre-christian Pagan tribe that worshiped the Goddess Angizia.  To this day, the region of Abruzzo is still associated with snakes, epitomized by the Feast of the Serpari. This feast is first mentioned in medieval times, though it is likely far older, and is celebrated in the village of Cocullo on the first Thursday in May. 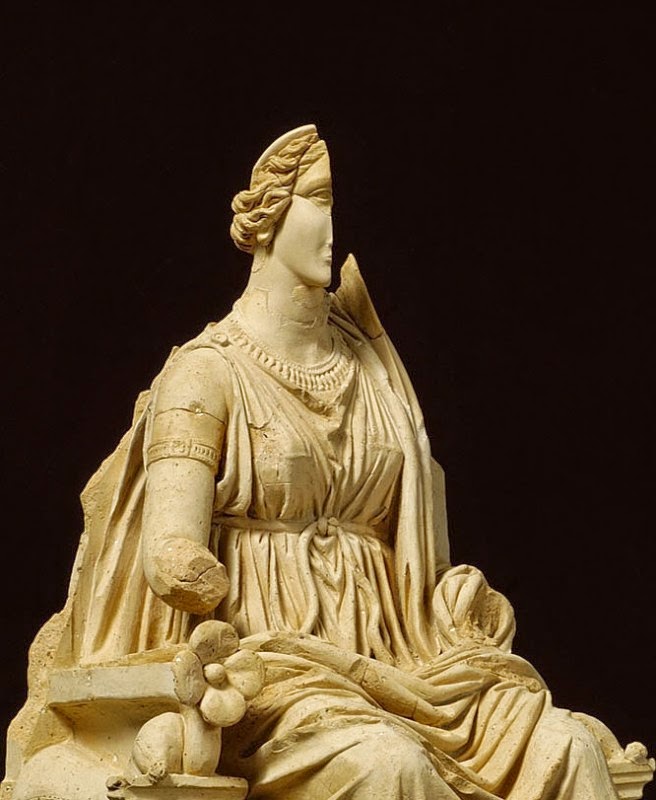 All that being said… I hope that the Goddess Angizia is not distressed that her ancient face is gracing the pages of my website.  I feel honored to have discovered both her identity and her photographer.  I never would have guessed that an image I suspected to be nothing more than a simple digital rendering would actually prove to be a photograph of an ancient pagan snake goddess statue resurrected from the Mediterranean Sea.  I live for these moments.

Check out my website, www.fringewalkers.com
Posted by Unknown at 5:32 AM No comments:

Were you looking for a link to buy my book of poetry?